The most colourful of the Herons that live in the countryside of the Po Valley.

As beautiful as it is shy, it is also very reserved and inconspicuous: its livery allows it to camouflage itself among the reeds and vegetation. Most of the time, it can only be spotted when flying away. 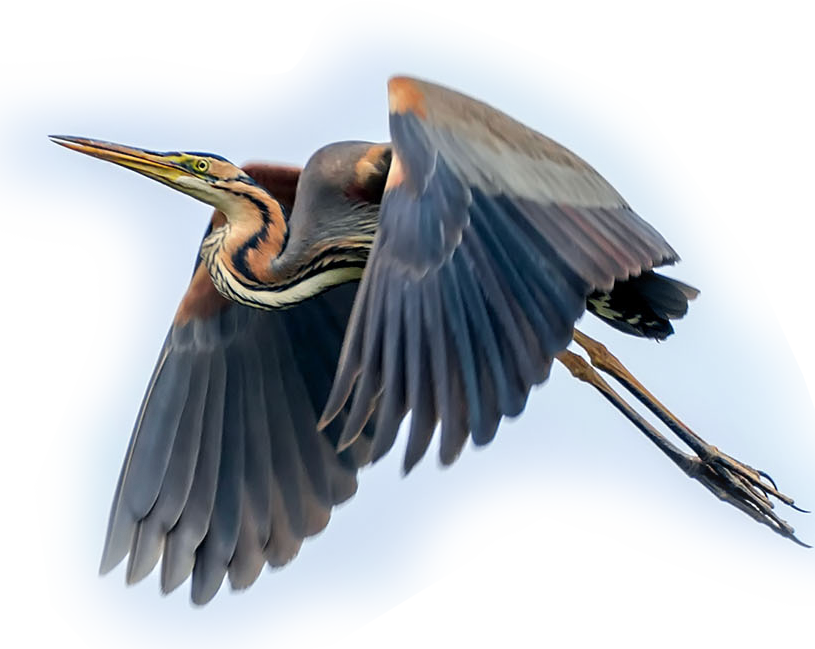 Let’s get to know our Heron friend better. It is an elegantly poised bird, famous for its long retractable neck and for building nests in unusual places. Its habitat is found in wetlands, on the banks of rivers and lakes, where the water is shallow. Herons live in colonies and nest in marshy areas, among reeds or shrubbery.
In Italy it regularly nests in the Northern regions, along the rivers of the Po Valley, from the Comacchio Valley to the Venice Laguna, from Mantovano to the main rice crops of the Lombardy-Piedmont Plains. We have encountered it in the lands of Franciacorta, near Erbusco, where it was seen in flight for a brief moment, before hiding in the vegetation. 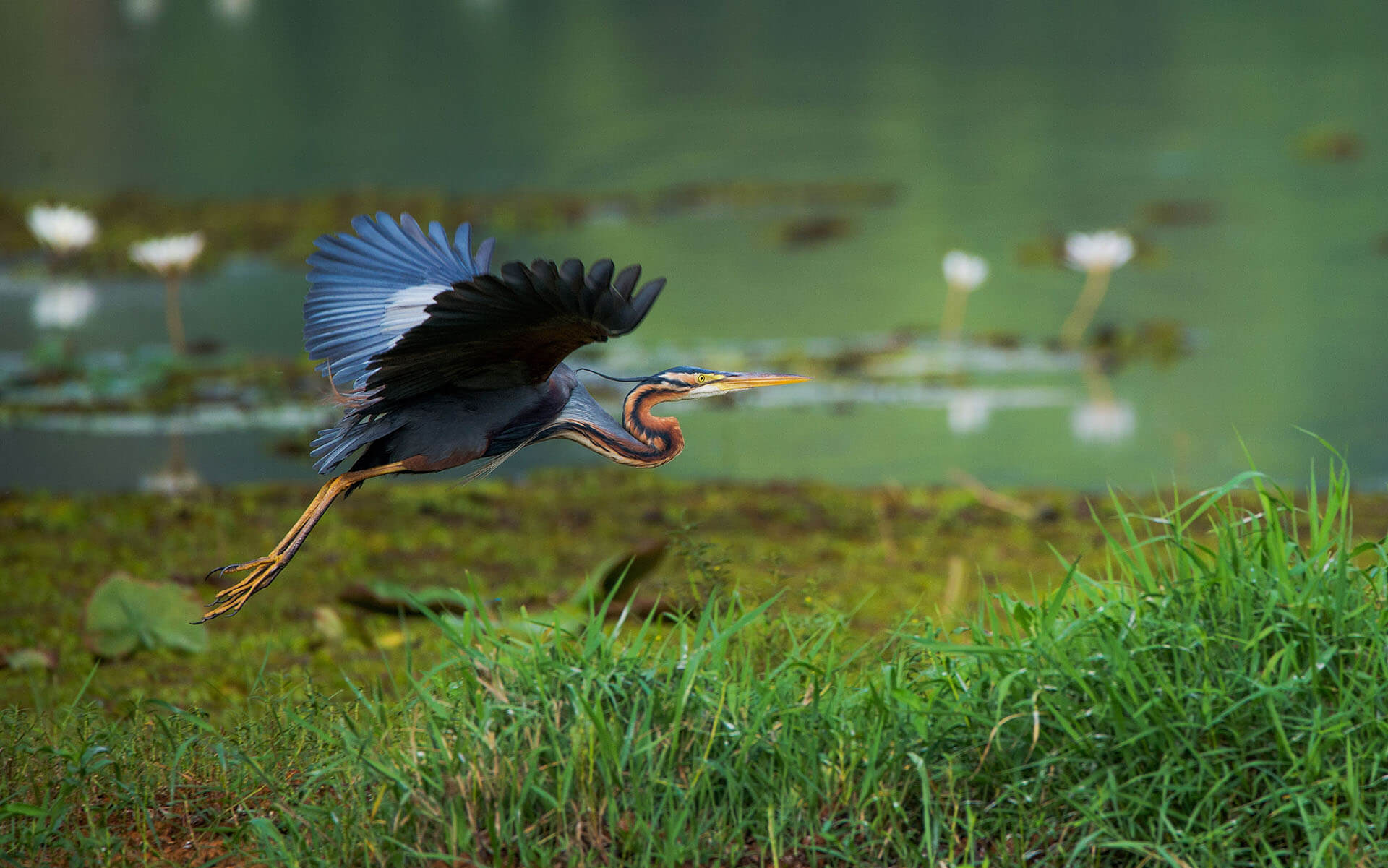 It’s not easy to spot the Purple Heron because it is a migratory bird, its yearly migration towards warmer climates takes place from August to October in small groups. It returns every year to our zones and to the latitude of Franciacorta, at about mid April. The Heron flies long distances, about 4,000 km, to reach the wetlands of the Po Valley, starting from its wintering areas, located in Eastern and Southern Africa. In the same countries, where most of the immigrants living in Lombardia are from.

The males arrive before the females and have the duty of choosing where to build their nest. They are extraordinarily habitual, often going back to the same spot or nest. 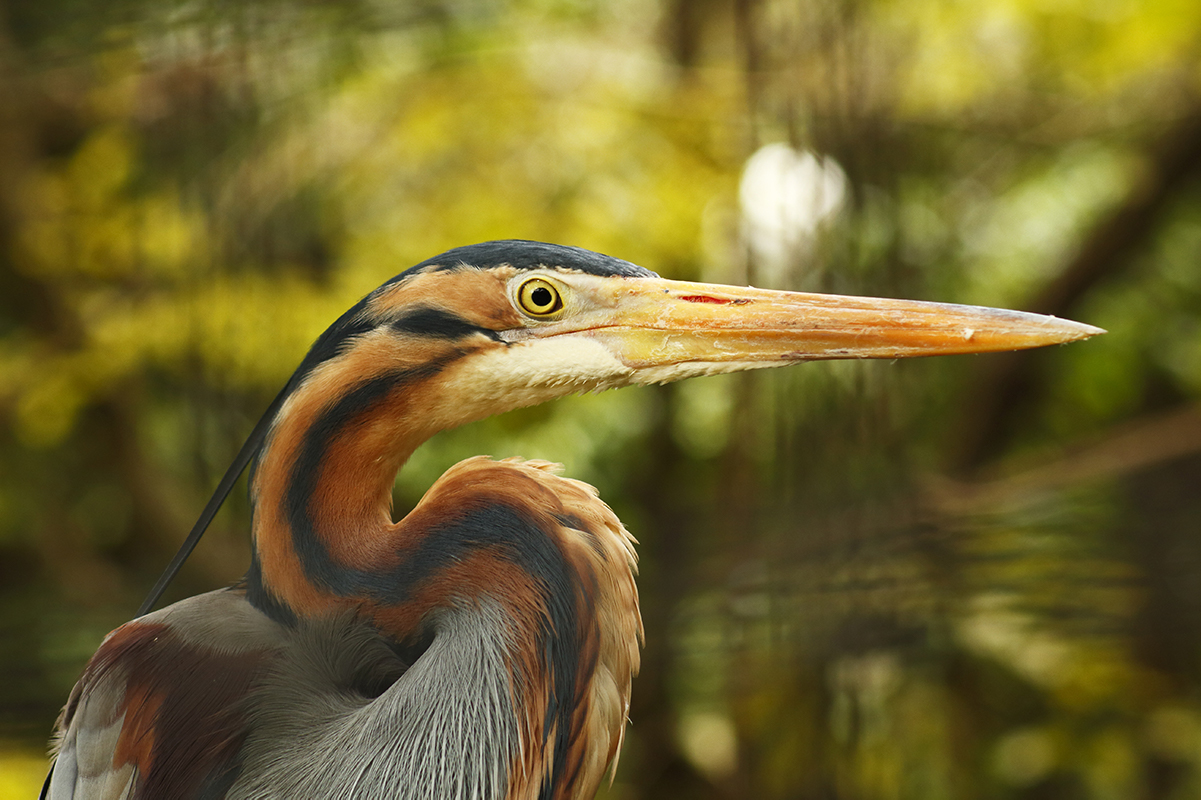 In respects to other species of the same family, the Purple Heron is distinguished by its beautiful plumage. It has a prominent and elegant tuft of feathers that go from its beak to its neck, with a remarkable chromatic variation that goes from brown to reddish, with a purplish body. It is for this reason that it has often been prey to poachers, who want to steal their precious feathers.

The species is also endangered by the destruction of their habitat: only 5,000 couples remain in Europe. It is considered to be a protected species in various countries. In France, for example, it has been a protected species since 1981. In Italy, thanks to a European directive, it is also considered a protected species: disturbing, capturing, or harming it is forbidden. In addition, taking its eggs, nests or altering its environment is banned. Their possession, sale, purchase and transport are also prohibited.

It is for this reason that natural reserves protecting the Heron, along with other animals, were created. Some are found in the areas of Franciacorta, such as the Torbiere del Sebino Natural Reserve, declared to be “wetlands of national importance” according to the Ramsar Convention, “Zona Speciale di Conservazione” (ZSC) (Special Conservation Zone) and “Zona di Protezione Speciale” (ZPS) (Special Protection Zone). Within the Natura 2000 network, it is considered a priority area for the biodiversity in the Lombard- Po Valley.

How we protect the Purple Heron habitat 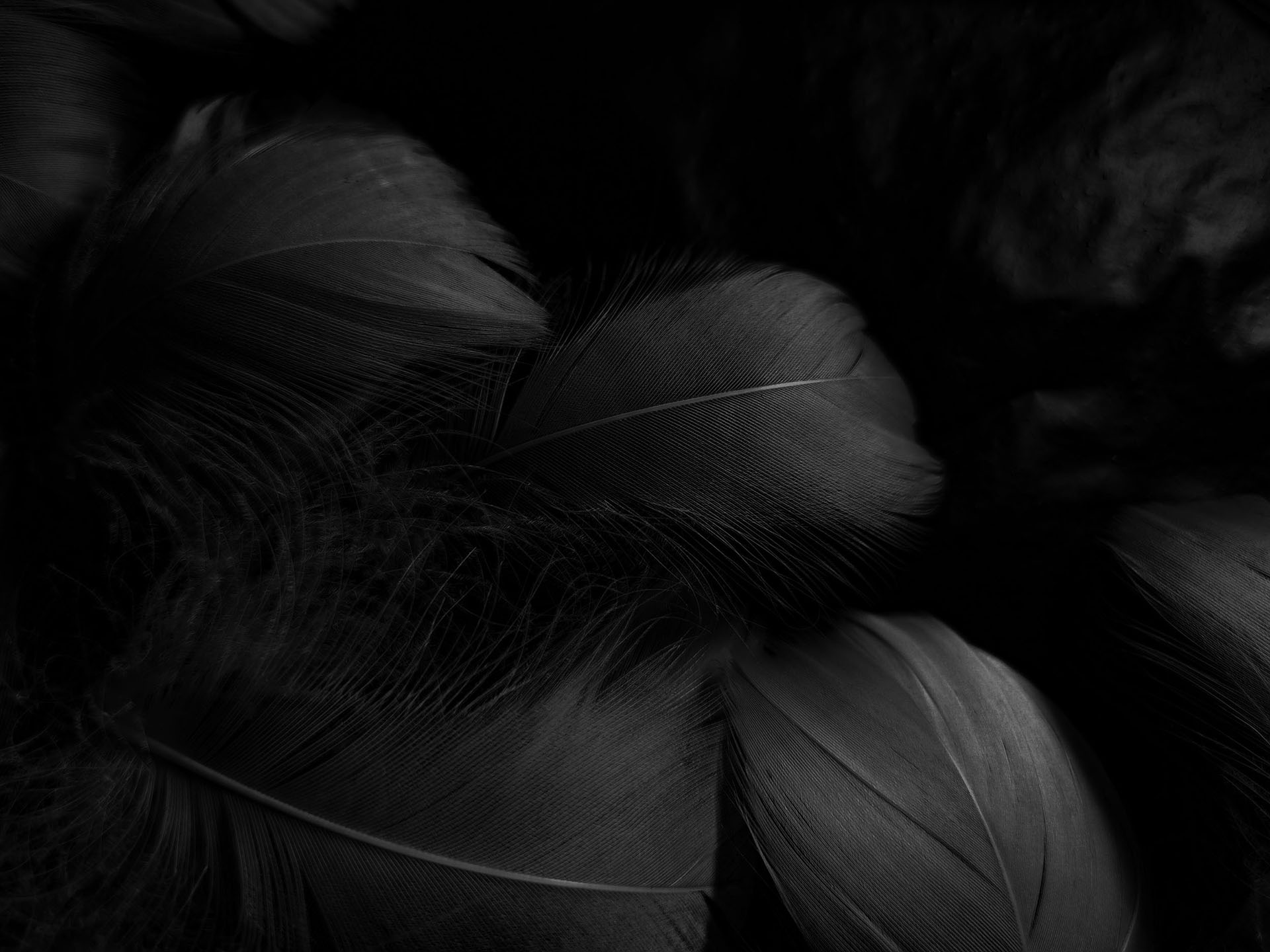 Take part in the world renowned Italian lifestyle by uncorking a bottle of Centinari Franciacorta and live the emotional and sensory experience enclosed in its essence.